Paul describes the accident that he had while driving the company van. 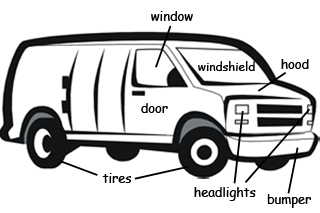 Directions: 1) Read the conversation and choose the verb (simple or progressive) that you think is best. 2) Listen and check your answers.


Paul: Hello.
Marie: Paul, what happened to you?
Paul: I had an accident with the van.
Cheryl: Oh, no! Are you OK?
Paul: I’m fine. I was wearing my seat belt. No one was hurt, but I think we’re going to need a new van.
Bob: What happened?
Paul: I was driving on Sixth Street and there were a lot of fish on the road.
Marie: A lot of what?
Paul: Fish.
Marie: Why were there fish in the road?
Paul: I don’t know. Anyway, I tried to turn, but I had a problem with the steering wheel.
Bob: The steering wheel broke?
Paul: No, it came off. So I drove over the fish. The fish made the road slippery, so when I tried to stop, I hit a parked car.
Bob: Oh, no!
Paul: I’m not finished. The car behind me was tailgating, so he hit me. A car on the opposite side of the road hit a stop sign. The stop sign fell an d smashed my hood.
Cheryl: Oh, no!
Paul: Then, worst of all, when I got out to look at the damage, a piano fell on the van.
Marie: What? Where did it come from?
Paul: I don’t know. But the van does not look good. The bumpers are damaged. So is the hood. The doors won’t open. The windows won’t close. The engine’s not working. The headlights are smashed. The horn won’t honk. And it smells like fish.
Bob: Are there any parts that are OK?
Paul: The steering wheel still looks good.
Bob: Great. All we need is a van to go with it. 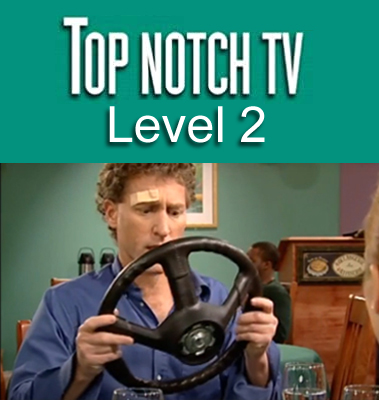