TOEFL: A professor talks about the evolution of three different types of dog intelligence.


So given what we've learned about the dog's evolutionary history, how might your dog's genetics play into its intelligence and behavior? Here to tell us a bit about that is Dr. Stanley Koren. Dr. Koren welcome to Quirks & Quarks.

Glad to be here.

Well when you saw this sort of genetic mapping that was happening, what went through your mind about how that relates to the intelligence of dogs?

Well in fact if you look at some of the clades, and a clade is just a group of different dogs or species which are related genetically. you'll find that they cluster together. And you tend to get dogs which are all roughly equivalent in terms of their overall intelligence.

Now you got to remember there's three kinds of canine intelligence. One is instinctive intelligence which is what the dog was bred to do, so herding dogs herd, and guarding dogs guard, and retrievers retrieve that sort of thing. The next is adaptive intelligence that's what a dog can learn to do for himself. And the other form is what we call working and obedience intelligence, which is the equivalent of school learning.

So if you look at that working in obedience intelligence, because that tends to be what the average person is most interested in, you tend to find out that certain dogs and certain groups of dogs which have particular characteristics tend not to do so well, and others tend to do very well. So the oldest of the dog breeds or the hounds. And the hounds were meant to be sort of independent hunters. And their job was to run that prey down without very much guidance from human beings. Well that makes them lousy students. On the other hand the retrievers, which are rather late inventions, were designed to sort of sit in a blind and wait for queue. You know don't scare the ducks, don't scare the game, and sit quietly, pay attention to me and I'll tell you when you have to run out retrieve this. And so those dogs make wonderful students because essentially we've bred attentiveness into them. And when you look at the clades, you tend to find these sort of clusters, so it's quite beautiful in that way.

So what is it about dogs that makes them so malleable? That we humans are able to shape them to our own liking almost?

We've been selectively doing this seat of the pants kind of behavior genetics for dogs for at least 14000 years. It was the first domesticated species. So we were building something which would be a co-worker with us, but you know we also wanted something which would interact with the kids and that sort of thing. And so we began to build these dogs so that not only did they respond to us but they began to read us and we could begin to read them. So take a very simple task. If I point to something my dog recognizes that that is a communication signal and he looks in that direction. But if I do that for a wolf, even if that Wolf has been reared since puppyhood in a human surrounding, the wolf doesn't look in the direction I point, but he looks at my hand. So one of the things which we've been doing is we have been breeding dogs and selecting them so that they respond to us, our signals, and our moods. And the flip side is that we've been breeding dogs so that we can read their moods and what they are feeling at a particular time. That builds your companion. If you're sharing in this sort of empathetic way, it's no longer you know just an animal, it's a friend not record.

Thank you very much for your time.

Thanks for having me.

Dr. Stanly Koran is Professor Emeritus in the Department of Psychology at the University of British Columbia. And if you want to see Dr. Koren’s ranking of canine working and obedience intelligence go to CBC.ca/quirks. 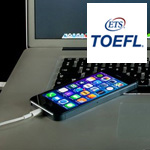 The Science of Pain