A short lecture on the history of the Mongol Empire.

It was an amazing rise to power really for the Mongols from virtually nowhere, wasn't it? Because at the time, it is basically, what, feuding clans? How did they unite into this great force and was that partly due to the leadership of Genghis Khan?

Well I think we think of the Mongols as sort of appearing from nowhere, but actually it's not quite the case. In fact, across the spine of Asia, tribal groups who quite often form big umbrella groups and prove incredibly successful like the Huns for example. Atilla, the greatest leader of the Huns in the third and fourth centuries.

So it's not unusual. There's normally a series of different triggers that allow for a big grouping to emerge like the Mongols do. And that's normally linked to some form of change in climate across the step lands, where the nomads keep their flocks. It's usually linked to a particularly charismatic and able military leader, as Genghis Khan clearly was. And then a series of sort of gateways that allow conquest happened very quickly.

And I think when we when we think about the Mongols today, we think of savage barbaric ultra violent warriors. But actually the Mongol world was one that was incredibly sophisticated, incredibly tolerant actually particularly when it comes to things like religion, and the Mongols were extraordinarily good administrators.

The Mongols were very very good at integrating people within the tribal structures. They were very conscious of the fact that with lots of identities in play you could either suppress and force everyone to become like yourself or you allow for as much oxygen to air in the system as possible.

And so the Mongols they were spectacularly violent on occasion, but it was highly selective. It was intended to teach a very bloody moral. Cities like Nishapur and Merv in modern Turkmenistan were absolutely destroyed leveled.

But those single acts, those cities that were that were savaged, opened up gateways because by and large people then didn't want to resist the Mongols as they spread across Asia And the Mongols that they did build an empire that was the biggest land empire that's ever been seen in history.

So we should probably think about what they did that was right and how that happened rather than to sort of think of the Mongols as sort of purely as barbarians who appeared from nowhere and went berserk. 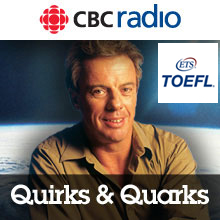