A group of North and South Koreans met today for the first time in more than 60 years. Thousands of families were forcibly separated by the Korean War, which ended in 1953. They've had no kind of contact since. Today for just a few hours and under strict supervision, the first group came together. Korean family members from the south and mostly elderly traveled by bus to the Mount Kumgang resort in North Korea. Just before we recorded this podcast, they had a reunion meal, and our Asia Pacific correspondent Celia Hatton has been following this story.

Dozens of families meeting, trying to reclaim decades of lost time after being separated by the Korean border. Cho Hyung-do, who is 86, was reunited with her younger brother and her 89 year old sister Sho Soon-do, who both live in North Korea. There were tears as the sisters hugged.

I’m so thankful and grateful that you could come here. Wasn’t it hard to get here. It was hard right. I know it was hard. I remember how beautiful you were.

I finally get to meet you after living for so long.

These meetings are taking place in what looks like a large hotel ballroom. There are lots of people, lots of cameras, lots of microphones. They are not private at all. The families can only meet for 11 hours over the next two days. Each session is carefully planned. Some of the relatives have criticized the fact that the reunions are so heavily choreographed. Yun Hyung-yoo was one of the South Koreans who’s at the reunion. He went to see his sister, who he left in the north 70 years ago.

I want to tell the world that we should allow separated families to me whenever they want, instead of how it is now with few people meeting rarely. I don't want a reunion like this. I want to go back where I was born in my old home. My parents passed away, so I would want to visit their graves in the north as well. That should be how separated families are reunited.

Others in South Korea are upset because they've never been selected to take part in the family reunions. People like Wang Rae-ha, whose mother lives or lived in North Korea.

Too much time has passed by, and it is over now. I don’t think she is alive. 100 people per event. When can we meet our loved ones? After all of us are dead? 100 people per event is just meaningless. There are fifty thousand people waiting all over the country.

Fifty seven thousand to be exact, and they're getting older. Seoul is under a great deal of pressure to arrange more gatherings. The South Korean authorities say that more than 40 percent of the people on the waiting list are in their 80s and another 20 percent are over 90. So time is running out. 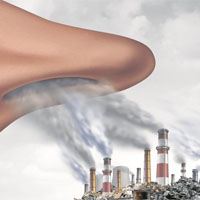